Home » The Complete Guide to Google Algorithm That Changes Your SEO Forever!

The Complete Guide to Google Algorithm That Changes Your SEO Forever! 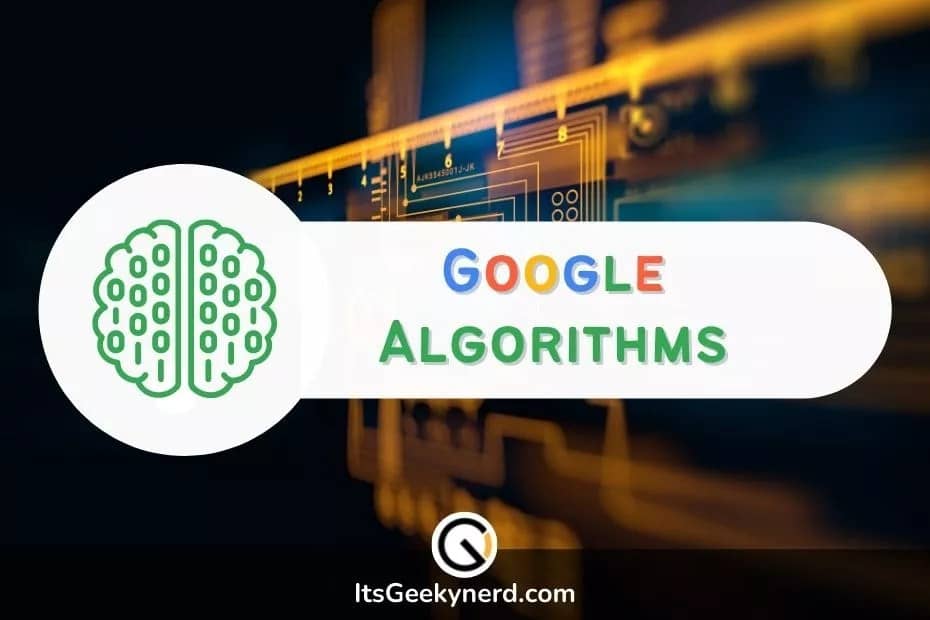 What is Google Algorithm?

Google Search Algorithm is a systematic function of google. It helps google to identify rank and bring the most relevant content for a query entered by the audience.

Google algorithm prioritizes the results of a query that ranked in Google’s SERPs and gave the appropriate answers to customers.

In the initial stages, google algorithm updates were implemented very rarely.  Now, there are plenty of updates available multiple times per year as a lot of minute changes went unnoticed.

Why Google Algorithm is So Important?

There are a lot of changes that occurred in SEO techniques from 2011. Google introduced numerous updates on its algorithm to reform the way SEO functions.

Google always wants to produce the best user experiences for the searches made in it.

Google algorithm updates were added as an assisting tool that fights with low-quality websites. It helps with identifying the errors to remove the penalty of a particular website.

Google updates often assumed that they will cause disruptions and problems. But, these updates were very useful to learn about the ethics and rules a website holder should follow for providing high authoritative, relevant content.

It is very important to stay up to date with google algorithms to assure that you’re producing the best results for the audience.

Now, let us see some ultimate google algorithm updates that had a strong place in altering the way SEO performs.

In 2016 January, the panda was permanently set in Google’s core algorithm.

Ways to Recover from Panda Update:

The only way to recover from the Panda update is to improve your content and website quality.

Google launched the Penguin algorithm update in 2012. With that Google began to set instructions about link spamming and manipulative link framing practices.

Goals: Penguin algorithm was an extension, established to demolish the black hat link forming and spamming techniques. It runs to check link schemes and unnatural link building and buying.

Link Schemes: It’s an attempt to manipulate the website by creating artificial popularity and purchasing backlinks from low-quality websites.

Ways to Recover from Penguin Update:

Once you’ve known that your website has been affected by penguin, taking remedial actions would save you from being penalized.

This algorithm update was released by Google on the 20th of August 2013 officially.

To grasp wholly about the hummingbird, we should know about the two terms namely, Knowledge Graph and semantic search.

Ways to Recover from Hummingbird Update:

Hummingbird algorithm wants to relate the searcher’s intent with the broader context of the searched term.

Google introduced the mobile algorithm on 21st April 2015. It was launched to set the mobile-friendliness of a website.

Goals: Increase mobile versions of the website and mobile-friendly pages. It will affect mobile rankings only.

RankBrain is announced as Google’s core algorithm on 26th October 2015.

RankBrain algorithm uses machine learning technology to bring relevant answers to the queries searched by the people. It is a sort of Hummingbird algorithm.

It enables Google to get the best possible results for the searches by analyzing and fetching out the implied meaning, the natural language of the user, and the broader context of a search.

Ways to Recover from Rankbrain Update:

The medic algorithm was launched on 4th May 2018. It was launched to disrupt the medical websites and your money your life websites to provide more Expertise, Authority, and Trustworthiness.

Ways to Adjust for Medic Update:

Bert algorithm was updated by google on 22nd October 2019.

Bert helps google to find understand the natural language of searches, words, texts, and the context.

Ways to Adjust for Bert Update:

In Jan 2021, Google released a research paper that introduced a new algorithm made to understand passages based on the entire content. They named that “Smith”.

Smith’s working objective was quite similar to that of BERT’s.

But that didn’t happen and most probably both of them are active now to offer the best results to users.

Ways to Adjust for Smith Update:

The best and simplest way to adjust your rank for the Smith update is to simply write for your audience. Just keep the content relative, meaningful, and engaging and you’re ready to thrive.

Since 2017 Google’s releasing major updates named as core updates. It is often seen as an improvement on the previous updates or a sum of small updates. However, it’s less transparency leaves it inconclusive.

Ways to adjust for Core updates:

Google keeps updating its algorithm to offer users the best results for utmost satisfaction. As an SEO you must keep an eye on these updates. These updates can introduce some new practices to perform or can turn the old ones to waste. And putting your time and effort into practices that do not matter at all would be more than to frustrate you down.

The best preventive way to ensure that new updates don’t bring bad news for you is to optimize your site for users, not bots. Try your best to create a website or content that is relevant and satisfactory for your target audience.

And all you would need to do is minor changes whenever a new Update rolls down.

This site uses Akismet to reduce spam. Learn how your comment data is processed.

previousMaster The Proper Way Of How To Do Keyword Research For SEO
nextWhat Is SEO In Digital Marketing? An Explanation For Beginners

Dealing with the Good and Bad: How to Respond to Reviews

Customer opinions and ratings have the potential to make or break a business.  Positive client feedback is essential for every organization.  In fact, 90% of… Read More »Dealing with the Good and Bad: How to Respond to Reviews

One of the biggest challenges for businesses is finding ways to keep visitors on their website.  They have to be kept long enough to engage… Read More »Keeping Up Conversion rates: 5 Ways to Keep Your Website Visitors Longer